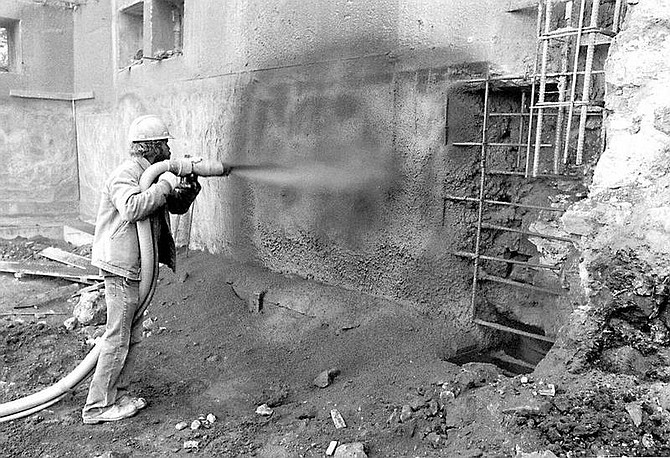 Nevada State Archives A man sprays gunite, a form of concrete, onto steel reinforcing to create a concrete building within a building to protect the Capitol, right, from earthquakes in the 1970s.