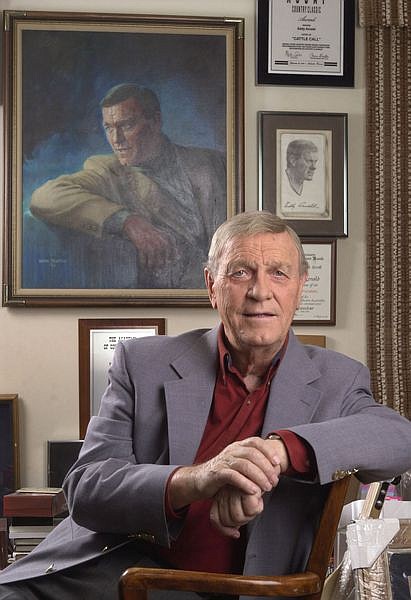 ** In this Jan. 18, 2002 file photo, country music legend Eddy Arnold is shown in his memorabilia-filled office in Brentwood, Tenn. Arnold died at a care facility near Nashville Thursday morning May 8, 2008. He was 89. (AP Photo/Mark Humphrey,File)