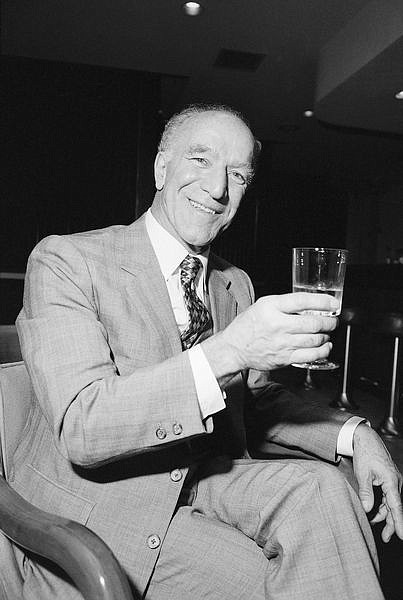 **FILE** Robert Mondavi, who built the first new winery in the Napa Valley since prohibition, raises a toast during an interview on March 14,1984. Mondavi is among the major premium vintners who put California on the international wine map. A winery spokeswoman says the California winemaking patriarch is dead at 94. (AP Photo/Eric Risberg)