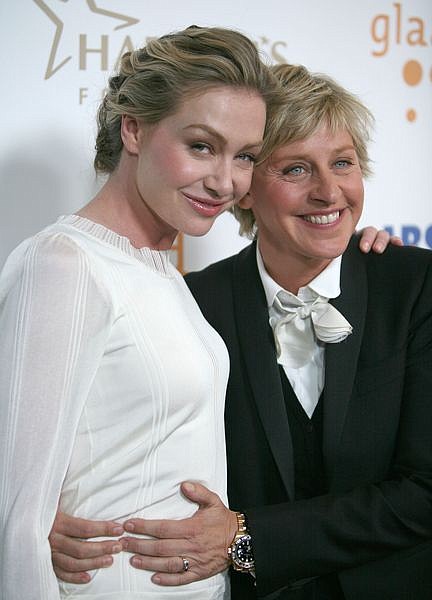 *** FILE *** In this 2008 file photo actress Portia de Rossi, left, and television personality Ellen DeGeneres arrive at the 19th Annual GLAAD Media Awards on Saturday, April 26, 2008, in the Hollywood section of Los Angeles. DeGeneres is putting the state Supreme Court ruling in favor of gay marriage into action _ she and actress Portia de Rossi plan to wed, DeGeneres announced during a taping of her talk show Thursday May 15, 2008. (AP Photo/Chris Weeks, FILE)