Backyard takes on wilderness look with addition of waterfall 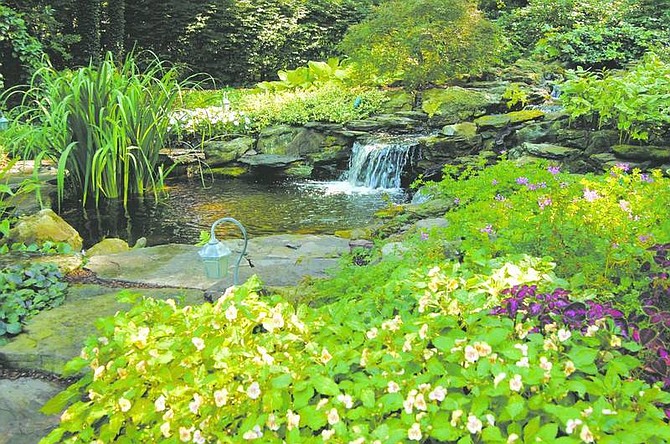 Photos by Ken Spencer/Newsday The garden of Dr. Stephen Cuchel of Roslyn Harbor, seen in the two photos above, was featured in Garden Home Magazine. LEFT: The stream and waterfalls was constructed by Ed Drohan in his back yard in Sag Harbor. The waterfall starts way up on the hill in the woods behind his house, and looks as if has been there forever.