Hope and Courage struggle to survive 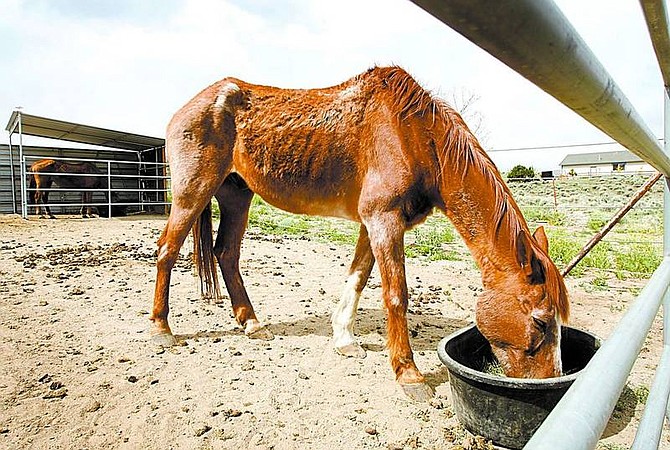 Shannon Litz/Appeal News Service A female sorrel and a male red roan, who have been named Hope and Courage, eat at the Lil Dudes Ranch in Fish Springs on Thursday. They were found abandoned and walking along the road Tuesday.