Look for invasive stowaways before launching at Lake Tahoe 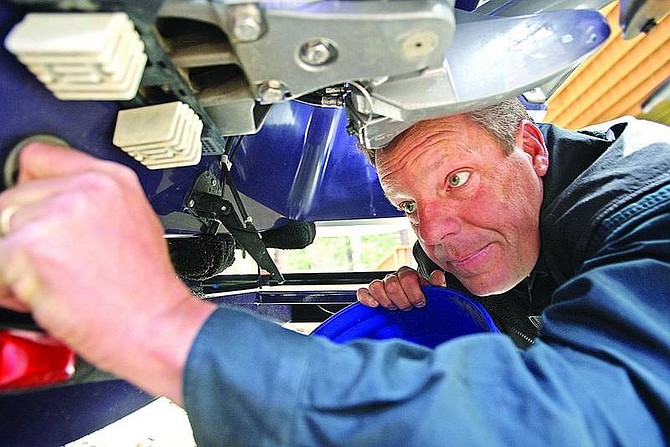 Jen Schmidt/Nevada Appeal News Service Tim Lampe demonstrates how to clean boats to eliminate invasive aquatic species, such as quagga and zebra mussels, that could come from using boats in other bodies of water. The process should include draining, cleaning and drying live wells, bilges, buckets and outboard units.