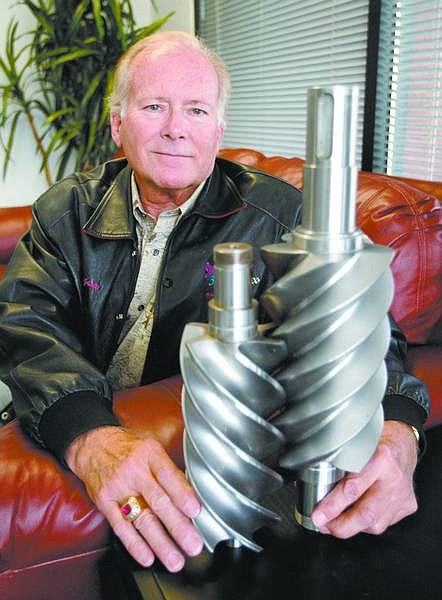 Cathleen Allison/Nevada Appeal Richard Langson, founder of ElectraTherm, displays an example of twin screws for the turbines in the units his company makes that capture excess industrial heat and use it to produce electricity.