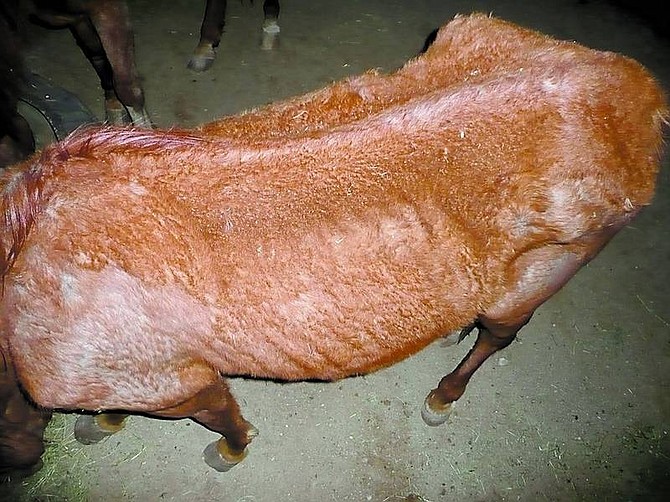 Special to The Appeal The back of one of the horses found starving and abandoned in Fish Springs.