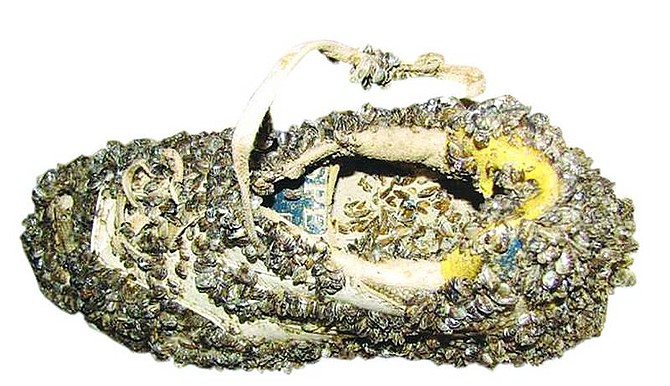 Courtesy photo This shoe was placed into Lake Mead on Oct. 2, 2007. It was removed less than two months later and virtually covered with Quagga mussels.