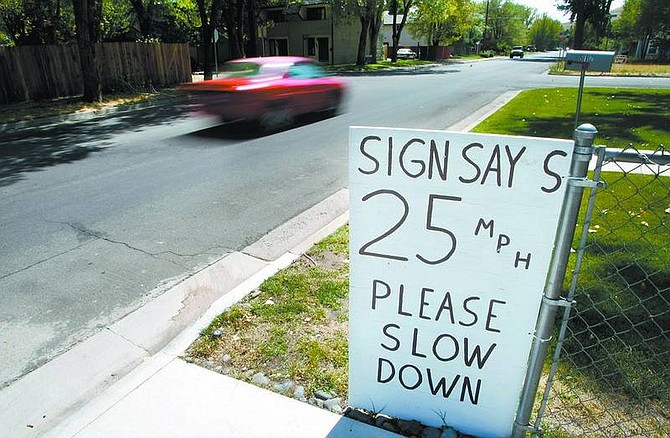 Cathleen Allison/Nevada AppealResidents on Division at Seventh streets have posted a homemade sign to encourage passing motorists to slow down.