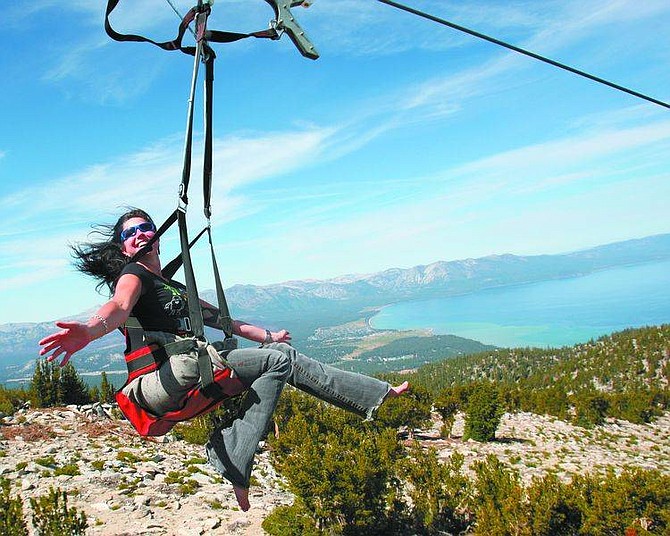 Jim Grant / Nevada Appeal news ServiceAt a length of 3,100 feet, the Heavenly Flyer is the longest ZipRider in the lower 48 states.