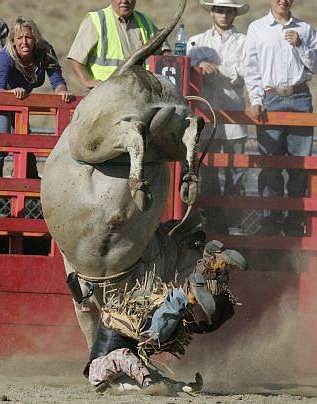 BRAD HORN/Nevada Appeal Crazy Eyes stares down Glen Rosburg, of Reno, after throwing him off during the first round of the bull riding event at the Dayton Valley Days Rodeo at the fairgrounds in Dayton on Saturday. For more coverage of the Rodeo and Dayton Valley Days see page A5. For more photos visit www.nevadaappeal.com/photos.