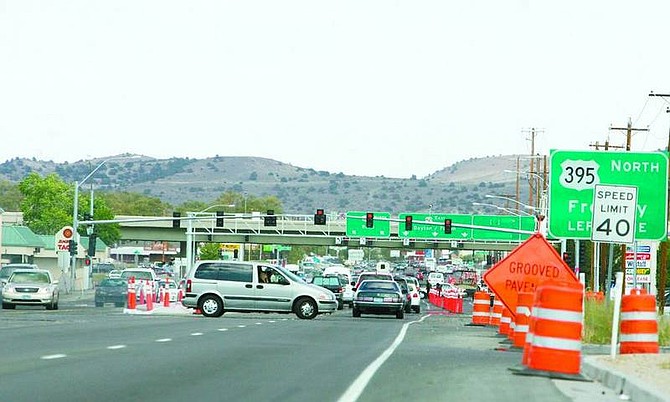 Brad Horn/Nevada AppealConstruction near the Highway 50 East overpass is expected to be completed by Wednesday. Motorists can expect delays beginning today through Monday as the final layer of asphalt is laid. Construction should be complete by the middle of next week.