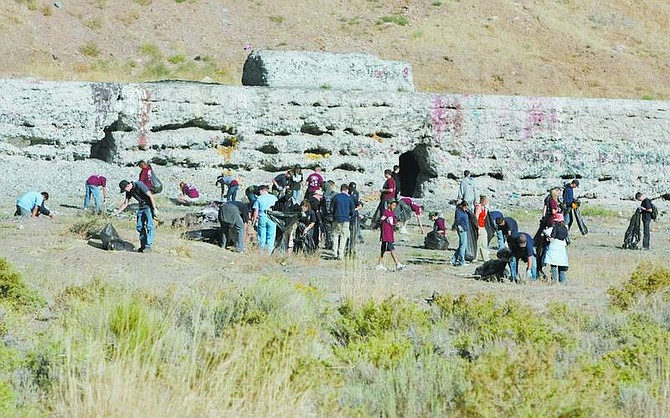 BRAD HORN/Nevada Appeal Members of the Naval Junior ROTC from Carson High School and other volunteers pick up shotgun shell casings, glass, and other trash near a shooting range along the Carson River on Saturday morning.