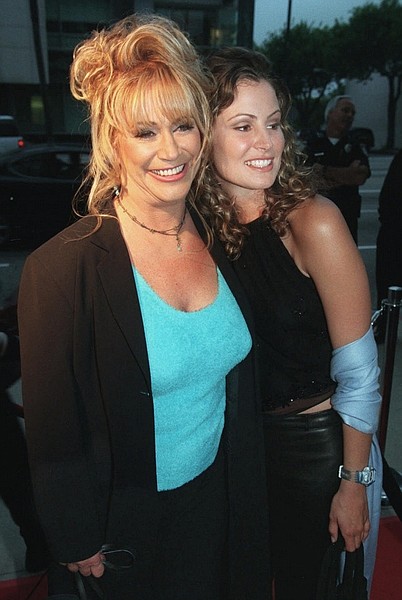 FILE - In this April 27, 2000, file photo adult film legend Marilyn Chambers, left, poses with Tracy Hutson, the actress who portrays her in the Showtime film &quot;Rated X,&quot; at a screening of the film at the Academy of Motion Picture Arts &amp; Sciences in Beverly Hills, Calif. Chambers was found dead by her 17-year-old daughter at her home in northern Los Angeles County on Sunday, April 12, 2009, according to her friend Peggy McGinn. She was 56. The cause of death has not been determined. (AP Photo/Chris Pizzello, file)