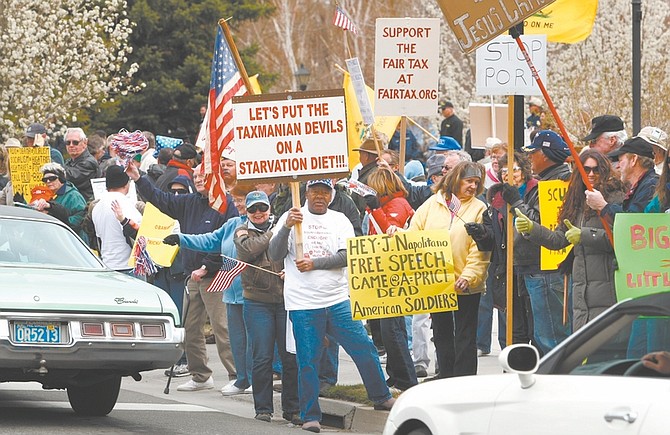 An estimated 1,500 protesters showed up Wednesday, April 15, 2009, at the Legislature in Carson City, Nev. &quot;Tax day tea party&quot; events were held around the country as part of a national protest on tax day. (AP Photo/Nevada Appeal, Cathleen Allison)