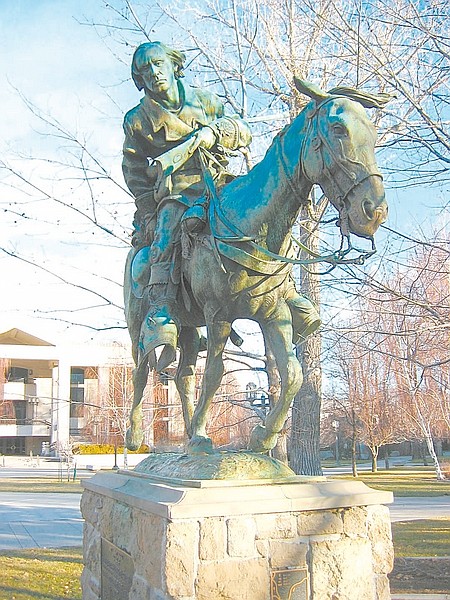 Courtesy Richard MorenoThis statue of explorer Kit Carson is one of Carson City&#039;s impressive bronze monuments to thepeople who contributed to the state&#039;s development.