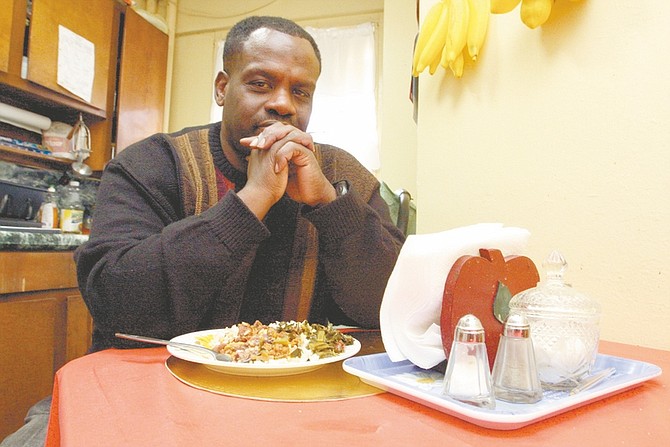 In this photo taken Thursday April 16, 2009, Herbert Smith Jr. poses with his meal at home in New York. The 54-year-old Smith has high blood pressure and needs to limit the amount of salt that he eats. He supports a New York City health department campaign to get the food industry and restaurants to cut back on the salt they put in their products. (AP Photo/Tina Fineberg)