Where have all the loons gone at Walker Lake? 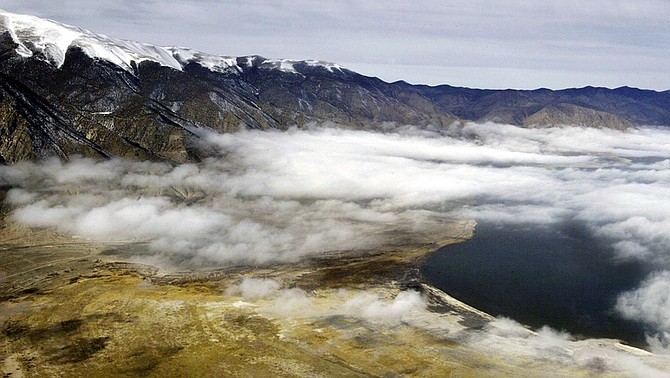 ** ADVANCE FOR SUNDAY, APRIL 26 ** FILE - This Jan. 28, 2004 file aerial photo shows the receding shoreline, lower left, of Walker Lake near Hawthorne, Nev., The lake has been dying a slow death for more than a century, choked by drought, agriculture and evaporation. Hawthorne&#039;s Loon Festival has been canceled in 2009, replaced instead by an education day April 25 to bring awareness to Walker Lake&#039;s teetering ecosystem and ongoing, multimillion dollar and multifaceted efforts to save it from a salty demise. (AP Photo/Cathleen Allison, File)