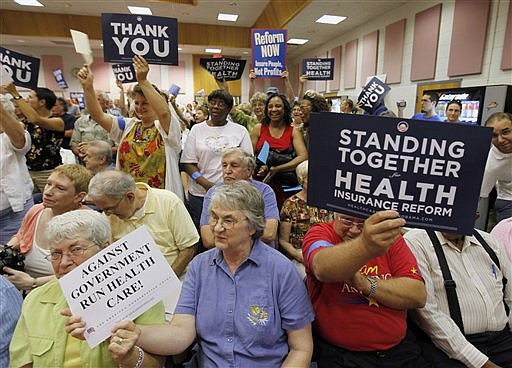 Constituents of Congressman Tom Perriello, D-Va., holds signs as they listen to the congressman during a town hall meeting on Health Care at the Fluvanna Middle School in Fork Union, Va., Monday, Aug. 17, 2009. Perriello is one of three dozen Democratic Freshmen that have been thrown into the center of one of the most contentious policy debates in years. (AP Photo/Steve Helber)