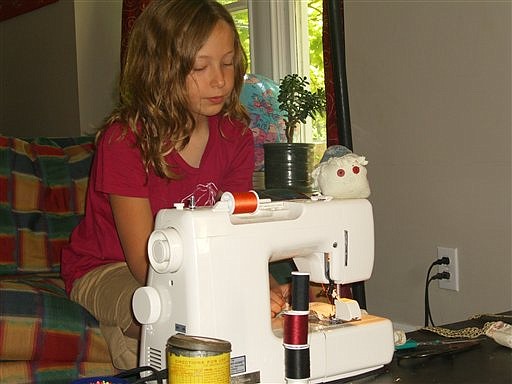 This photo taken Aug. 17, 2009 shows Sophie Allen,11, sewing in her Boise,Idaho home. Until recent decades, &quot;there wasn&#039;t this idea that parents should be intervening constantly to make things a teachable moment and expand their minds,&quot; said Stephanie Coontz, who teaches history and family studies at The Evergreen State College in Olympia, Wash.. &quot;Their minds expand a lot better when they pursue things they&#039;re interested in for themselves.&quot; (AP Photo/Anne Wallace Allen)