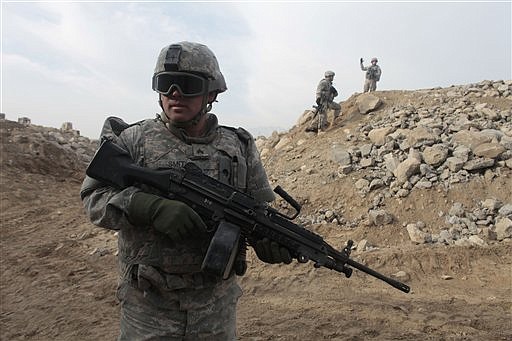 US Army soldiers assigned to the Counter-Improvised Explosive Device(CIED) route clearance unit, pull security under a destroyed bridge while waiting for the arrival of a team of army engineers that will place a temporary bridge after insurgents detonated a large explosive device under the bridge, near the town of Maidan Shar, Wardak province, Afghanistan Monday Nov. 30, 2009. (AP Photo/Dario Lopez-Mills)