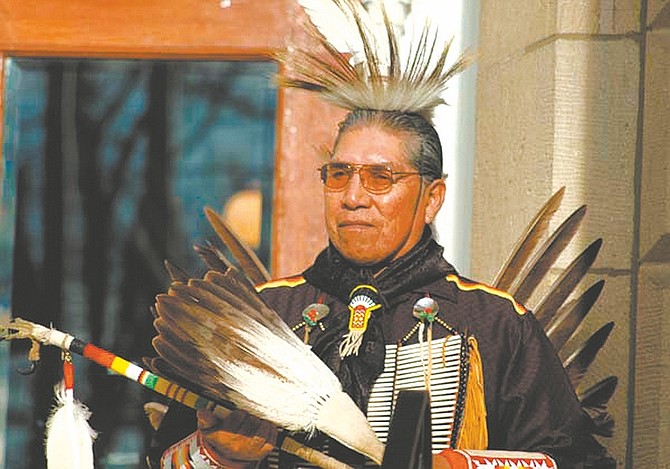 Photos providedPaiute language specialist Ralph Burns, bottom, will tell a story before adding it to the StoryBox, which will continue on its year-long journey around the world.