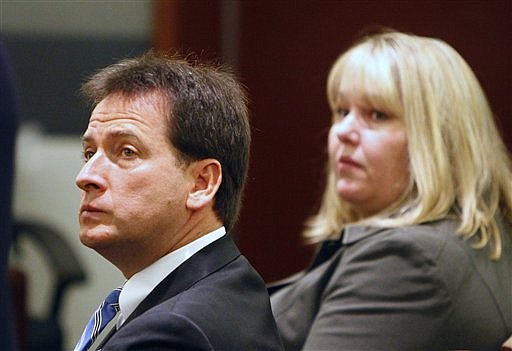 Nevada Lt. Gov. Brian Krolicki, left, and Kathy Besser appear in court, Tuesday, Nov. 24, 2009, in Las Vegas. A clerk said it will be next week before a Nevada judge rules whether to dismiss criminal charges accusing Krolicki and his top aide of mishandling a $3 billion state college savings program. (AP Photo/Las Vegas Review-Journal, John Locher) ** LAS VEGAS SUN OUT. MAGS OUT. NO SALES **