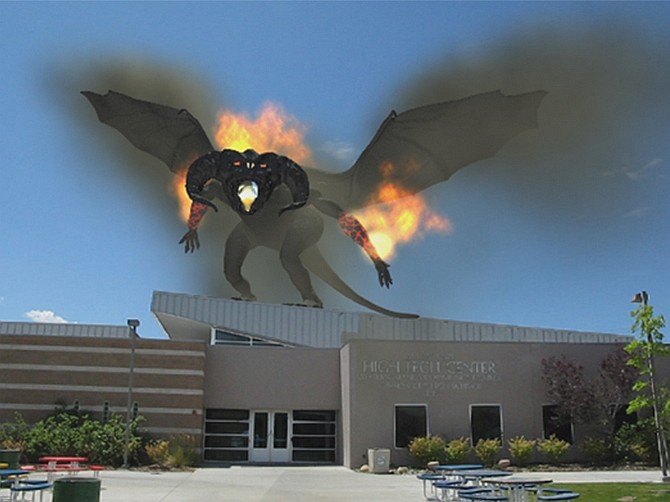 Courtesy A screen shot of the film written and directed by Carson High senior Mike Holden.