Pacific storm to continue into today 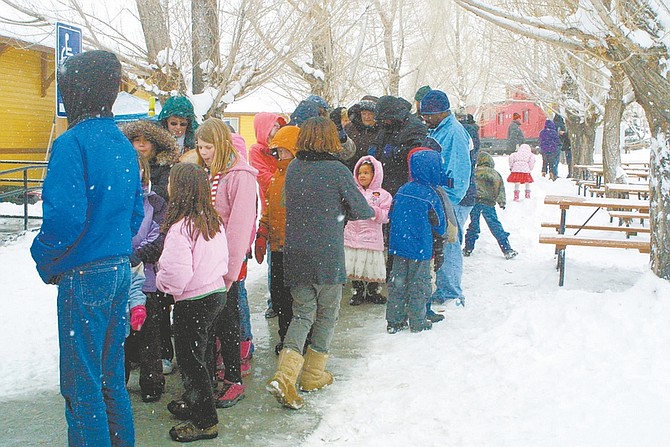 Sandi Hoover/Nevada AppealA long line of passengers curves from the depot around the sidewalk near the Nevada State Railroad Museum Saturday while waiting to board the Santa Train as snow continues to fall.