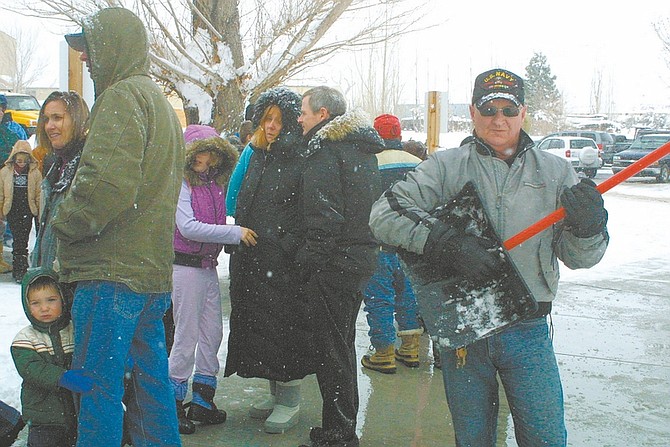 Sandi Hoover/Nevada Appeal Jim Fitzgerald, groundskeeper at the Nevada State Train Museum, takes a break from shoveling snow Saturday afternoon to a strike a pose as a guitar player. Everyone seemed to be in high spirits while waiting to ride the Santa Train.