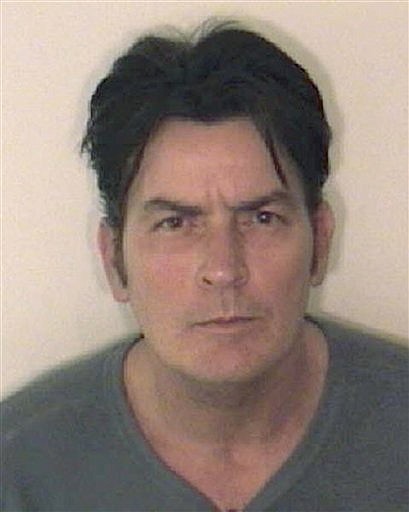 This picture provided by the Aspen Police Department on Friday, Dec. 25, 2009 shows Charlie Sheen. Sheen has been arrested in Aspen, Colo. on charges related to an alleged case of domestic violence. Authorities said Sheen was arrested Friday on charges of second-degree assault as well as menacing, both felonies, and criminal mischief, a misdemeanor. Police said the alleged victim didn&#039;t have to be taken to the hospital but didn&#039;t identify who the victim was. (AP Photo/Aspen Police Department)