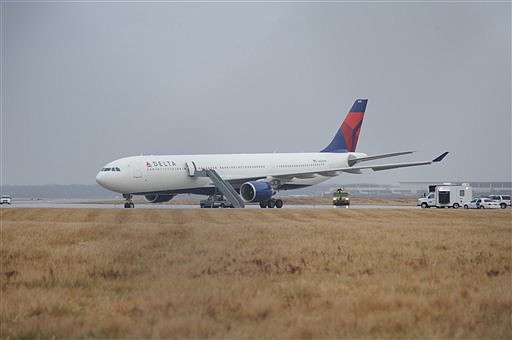 ** CORRECTS TO REMOVE REFERENCE TO FIRECRACKERS ** This picture provided by J.P. Karas shows Northwest Airlines Flight 253 on the runway after arriving at Detroit Metropolitan Airport from Amsterdam on Friday, Dec. 25, 2009. Officials say a passenger aboard the plane was trying to ignite an explosive device Friday, causing a commotion and minor injuries. (AP Photo/J.P. Karas)