THE INFLUENCE GAME: Excuse me! Lobby wins on burps 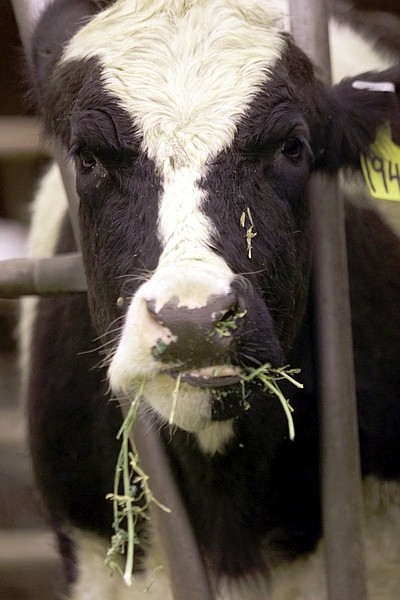 ** ADVANCE FOR SUNDAY, JUNE 21 AND THEREAFTER ** FILE - In this March 2, 2002 file photo, A Holstein cow east hay at the De Vries Dairy in Pasco, Wash. One contributor to global warming _ bigger than coal mines, landfills and sewage treatment plants _ is being left out of efforts by the Obama administration and House Democrats to limit greenhouse gas emissions. Cow burps. (AP Photo/Jackie Johnston, FILE)