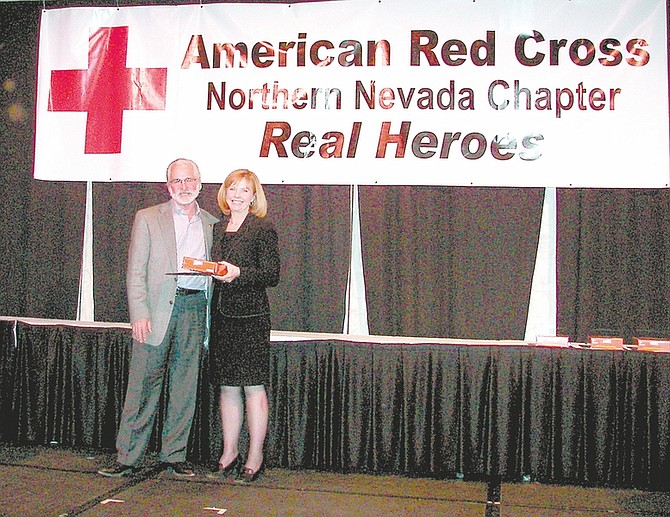 Special to the Nevada AppealNevada Appeal publisher Niki Gladys presents Steven Saylor with the Red Cross Real Heroes award for his and wife Johnye&#039;s animal rescue work Thursday at Harrah&#039;s Reno. The Nevada Appeal was a sponsor of the event that honored Northern Nevadans for acts of heroism large and small.