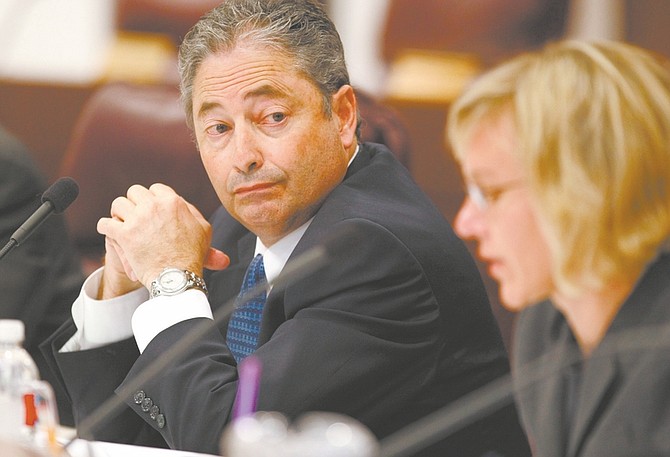 Economic Forum member John Restrepo listens to Chairwoman Cathy Santoro on Friday, May 1, 2009, at the Legislature in Carson City, Nev. The panel presented bleak revenue projections to Nevada lawmakers struggling to produce a balanced budget for the next two fiscal years. (AP Photo/Nevada Appeal, Cathleen Allison) **Mags out, No Sales **