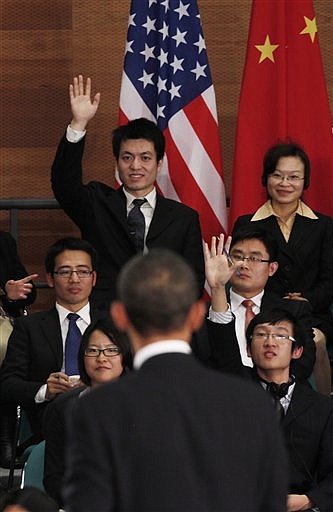 U.S. President Barack Obama looks to take a question at a town hall-style event with Chinese youth at the Museum of Science and Technology in Shanghai, Monday, Nov. 16, 2009. (AP Photo/Charles Dharapak)