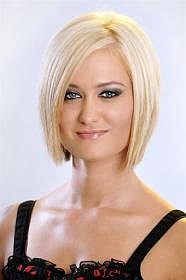 This undated photo provided by Dennis Hof, shows Brooke Phillips. On Friday, Oklahoma City police said the 22-year-old Brooke Phillips, who worked at a Nevada brothel that featured on an HBO reality series, was among four people found dead in a burning house earlier this week. Phillips and another woman both died from gunshot wounds.