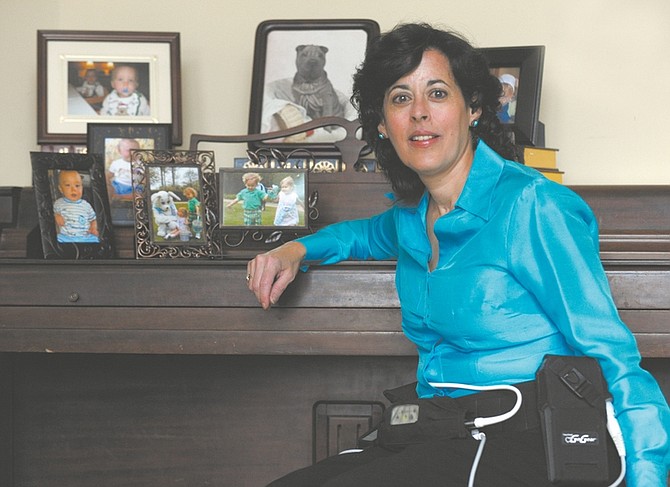 In this Nov. 13, 2009 photo, Leonor Ortiz Childers, 46, who developed heart failure suddenly when she had to be treated for breast cancer while pregnant with her second set of twins, poses at her home in Durham, N.C. The HeartMate II heart pump, which is seen around her waist, has kept Leonor alive for a year without the need of a heart transplant. (AP Photo/Sara D. Davis)