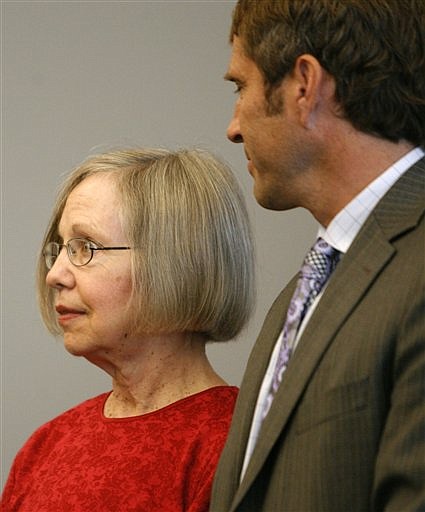 FILE - In this Oct. 16, 2009 file photo, Wanda Eileen Barzee, left, stands with her attorney, Scott Williams, for her competency review at the Matheson Courthouse in Salt Lake City. On Tuesday Nov. 17, 2009, Barzee, one of two people charged in the Elizabeth Smart case, will plead guilty to charges of kidnapping and unlawful transportation of a minor in U.S. District Court in Salt Lake City, her attorney Williams told The Associated Press. (AP Photo/Rick Egan, Pool, File)