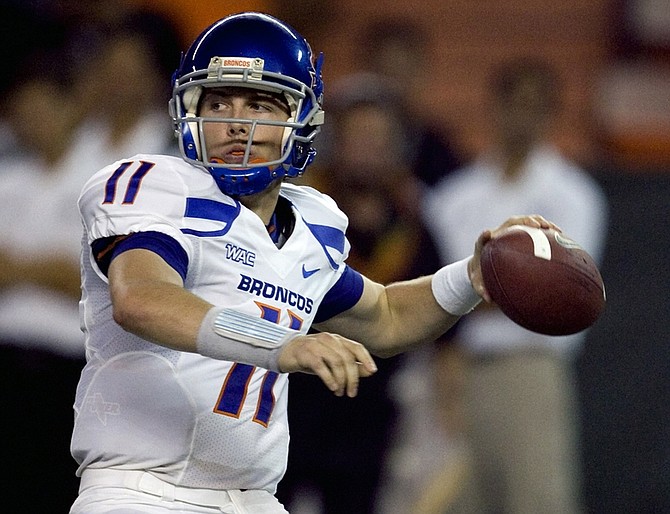 FILE - In this Oct. 24, 2009, file photo, Boise State quarterback Kellen Moore throws a pass during the second quarter of an NCAA college football game against Hawaii in Honolulu. Boise State plays Nevada on Friday night with the WAC title on the line. (AP Photo/Marco Garcia)