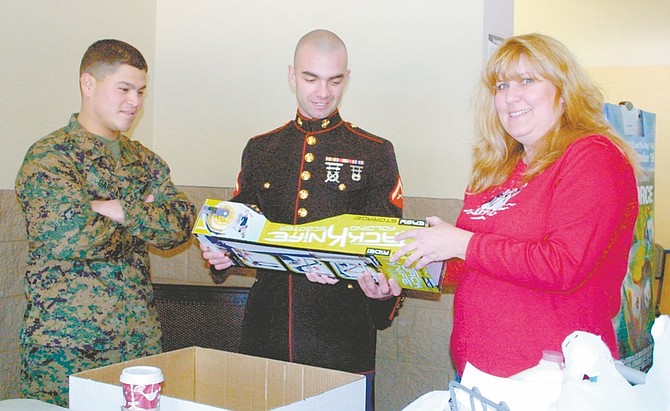 Sandi Hoover/Nevada AppealCharise Whitt of Carson City stops to chat with Marine LCPL Pierce Toomey, center, and Marine Sgt. Ruben Garcia Saturday at the north Carson City Walmart as she donates a toy for the Toys for Tots annual drive promoted by the Ron Wood Family Resource Center. They will be at the Topsy Lane Walmart in north Douglas County today between 9 a.m. and 4 p.m.