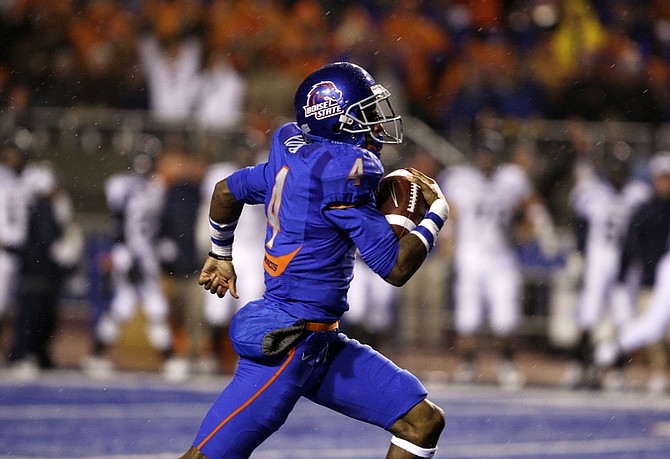 Boise State&#039;s Titus Young (4) runs back the opening kickoff for a touchdown against Nevada during the first half of an NCAA college football game on Friday, Nov. 27, 2009, in Boise, Idaho. (AP Photo/Matt Cilley)