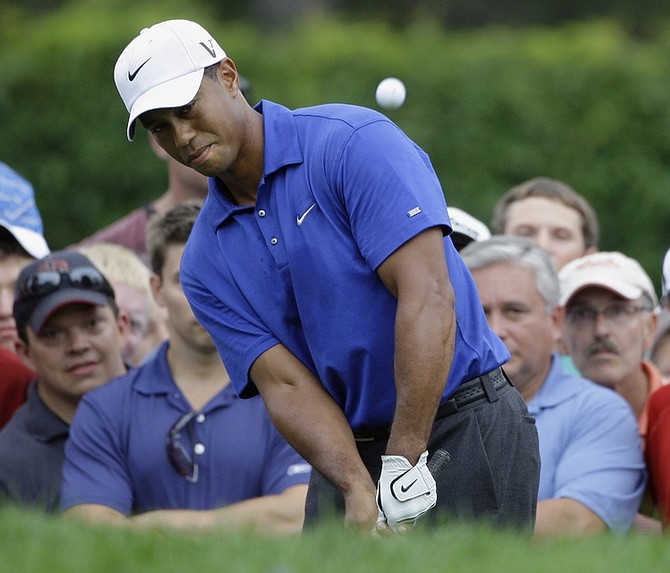 Tiger Woods watches his chip shot to the fifth green during the third round of the 91st PGA Championship at the Hazeltine National Golf Club in Chaska, Minn., Saturday, Aug. 15, 2009. (AP Photo/Morry Gash)