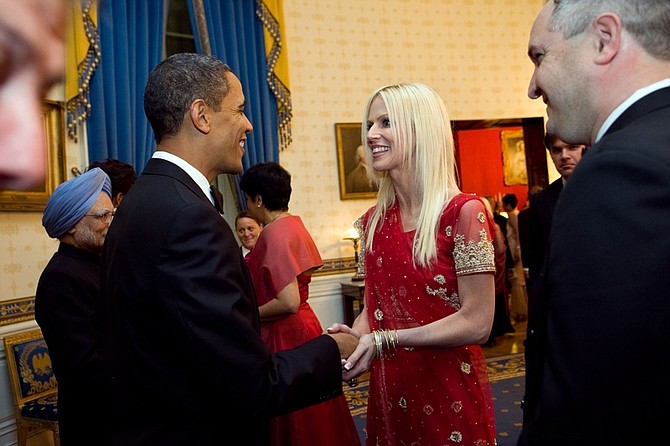 This photo released by the White House Nov. 27, 2009, shows President Barack Obama greeting Michaele and Tareq Salahi, right, at a State Dinner hosted by Obama for Indian Prime Minister Manmohan Singh at the White House in Washington Tuesday, Nov. 24, 2009. The Secret Service is looking into its own security procedures after determining that the uninvited Virginia couple managed to slip into the dinner. (AP Photo/The White House, Samantha Appleton)