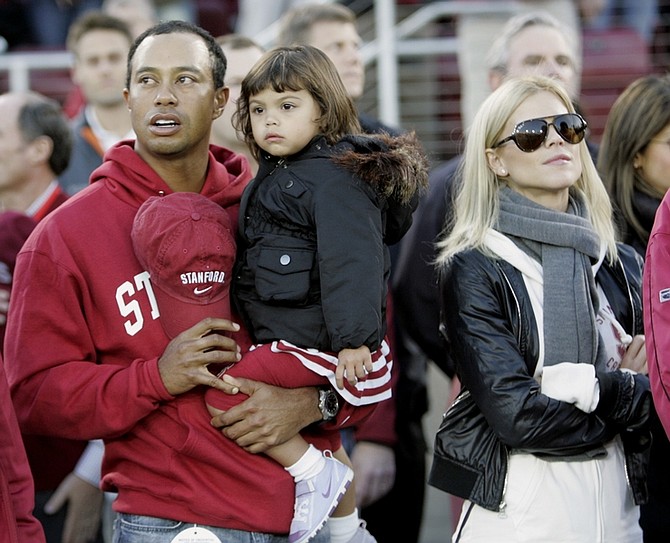 FILE - In this Nov. 21, 2009 file photo, Tiger Woods with his daughter Sam and wife Elin are seen before the start of a NCAA college football game between Stanford and California in Stanford, Calif. (AP Photo/Marcio Jose Sanchez, File)