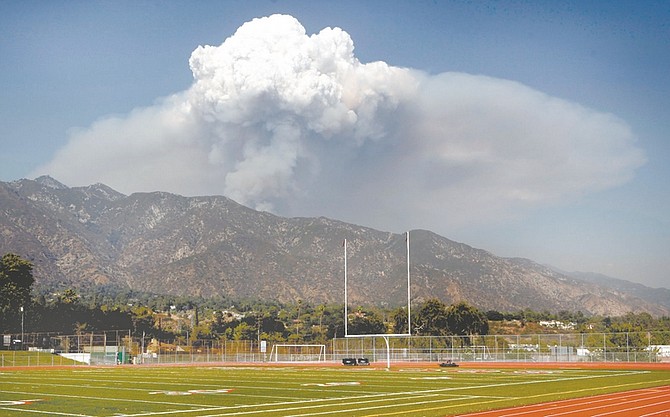 A could of vapor and smoke is seen from Victory Park near Pasadena, as the Station Fire continues to burn on the East side of the the Angeles National Forest, Friday, Sept 4, 2009, north of Los Angeles. The fire continued burning as it spread slowly into the east remote San Gabriel Wilderness. (AP Photo/Damian Dovarganes)