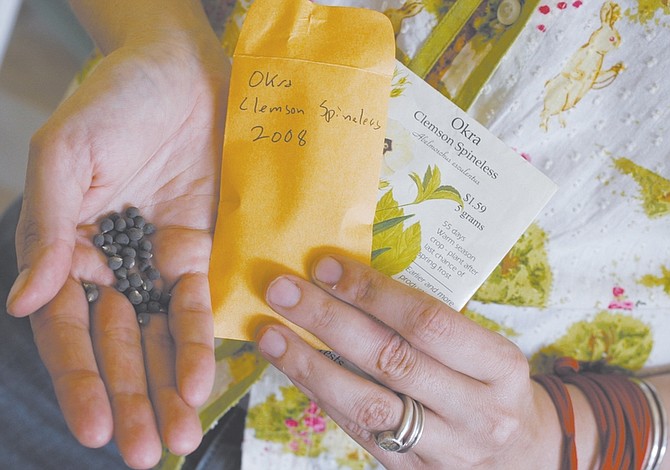 **FOR USE WITH AP LIFESTYLES** This photo taken March 31, 2009 shows exchanged Okra seeds held by author Kelly Coyne, in her Echo Park home in Los Angeles. Authors Kelly Coyne and Erik Knutzen, have written &quot;Urban Homestead, Your Guide to Self-sufficient Living in the Heart of the City.&quot; (AP Photo/Damian Dovarganes)