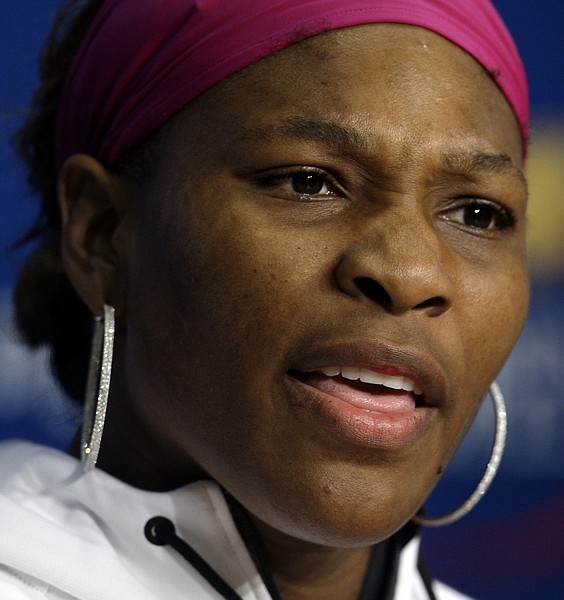 Serena Williams, of the United States, speaks to reporters after losing her semifinals match to Kim Clijsters, of Belgium, at the U.S. Open tennis tournament in New York, Saturday, Sept. 12, 2009. Williams was involved in an argument with a line judge over a foot fault during the match. (AP Photo/Darron Cummings)