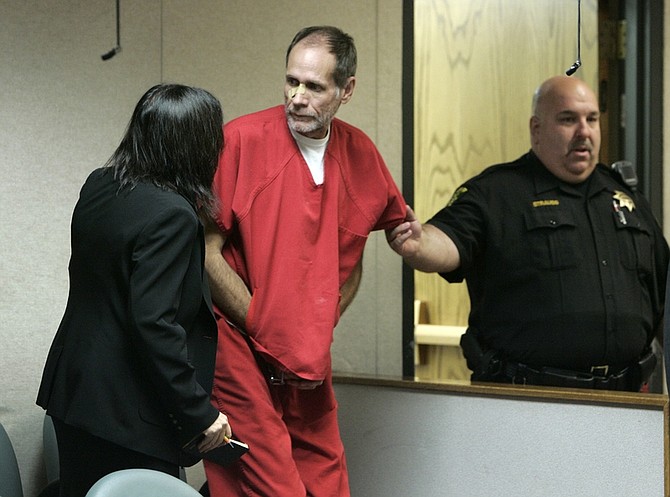 Phillip Garrido, center, talks with his attorney Susan Gellman as he is taken from the courtroom following a bail hearing at the El Dorado County Superior Court in Placerville, Calif., Monday, Sept. 14, 2009. Garrido, who faces 29 charges related to the 1991 abduction of Jaycee Dugard, was given a $30 million bail but will continue to be kept in custody on a parole hold. (AP Photo/Rich Pedroncelli)