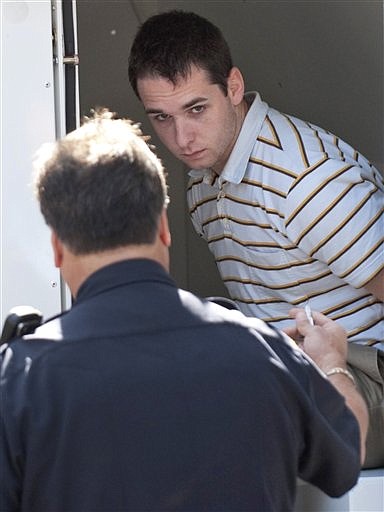 Raymond Clark III, 24, is lead into court in New Haven, Conn. on Thursday, Sept. 17, 2009 for his arraignment. Clark was arrested Thursday at a hotel and charged with murdering Le, whose body was found stuffed in the wall of a research building on what would have been her wedding day. (AP Photo/Douglas Healey).