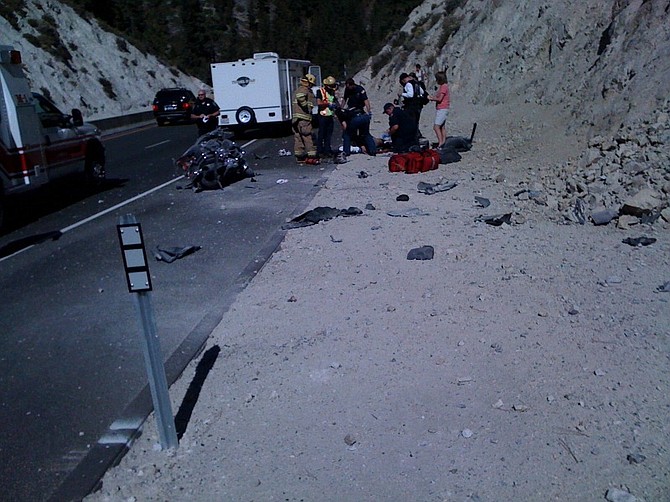 Arne Hoel/Nevada Appeal An eastbound motorcyclist with a passenger hit an embankment and crashed approximately one mile east of Spooner Summit on Highway 50 Friday afternoon. Paramedics who happened to be traveling on the highway were on scene within seconds. Traffic was held while Care Flight arrived to transport victims, and continues to be backed up at 2:52 p.m.