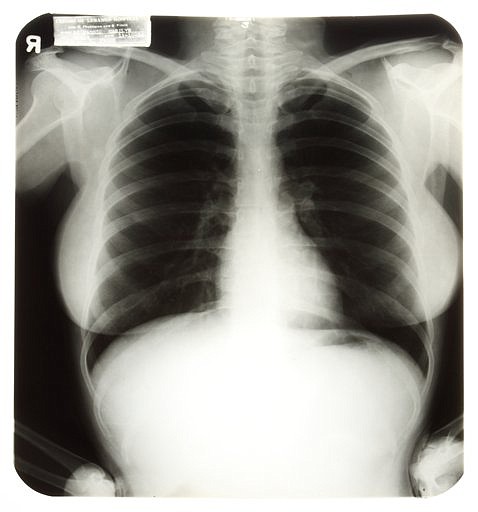 This image provided by Julien&#039;s Auctions shows a chest X-ray of actress Marilyn Monroe taken on Nov. 10, 1954 at then-Cedars of Lebanon Hospital in Los Angeles. A set of three Monroe X-rays from a 1954 hospital visit sold Sunday, June 27, 2010 for $45,000 at the Hollywood Legends auction at Planet Hollywood Resort and Casino in Las Vegas. (AP Photo/Julien&#039;s Auctions)